The Honorable Jamie McCourt, United States Ambassador to the French Republic and the Principality of Monaco, hosted the first ever beer and food pairing dinner at her residence in Paris in honor of the Brewers Association, the not-for-profit trade body representing small and independent American craft brewers.

The Brewers Association’s event demonstrated beer’s natural affinity to food and showcased four dishes paired with four American craft beer styles. The menu was devised and executed by beer and food pairing expert Adam Dulye, executive chef at the Brewers Association, along with Edward Delling-Williams of Le Grand Bain in Paris and Dave Harrison. They were joined by the following American craft brewers who traveled from America to support the event:

Bob Pease, president and CEO of the Brewers Association, commented: “We are honored by the support of Ambassador McCourt and the U.S. embassy in Paris and proud to demonstrate the progress American craft beer has made in the French culinary capital over the last few years. Beer and food pairing has come of age in the States and our aim is to position beer as the go-to beverage to enjoy with  food all over the world. Ambassador McCourt’s generous hosting of our latest beer and food iteration helps elevate this message in France and we are truly grateful for her support.” 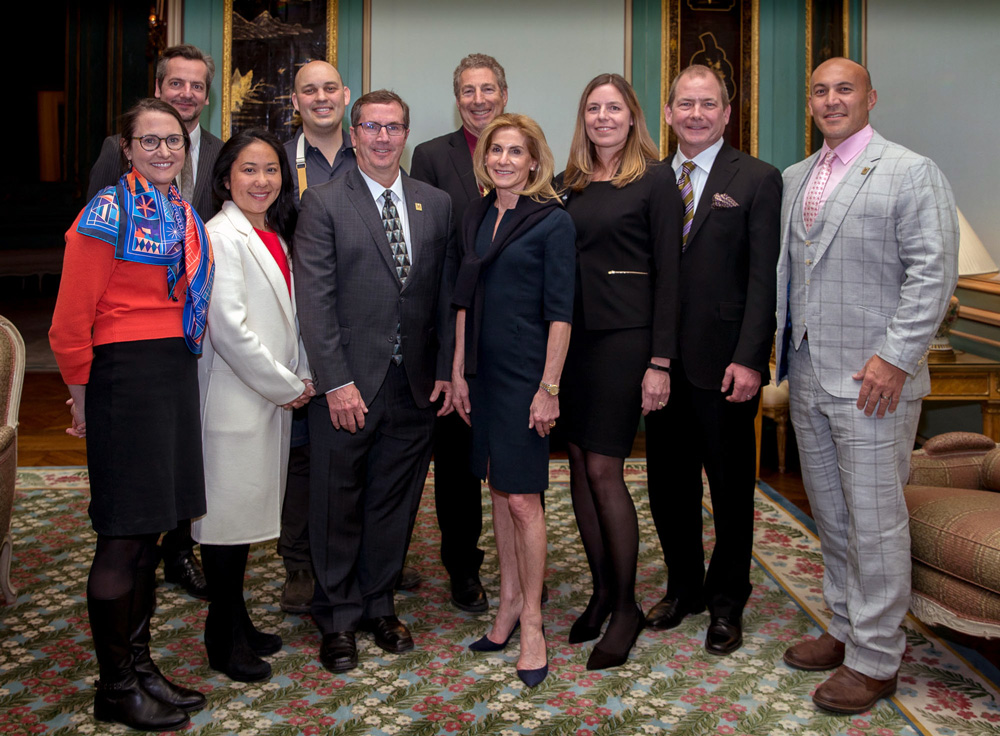 Global exports of American craft beer grew by 3.6 percent and were worth $125.4 million (in 2017, the latest figures available) exceeding the all-time global high. Canada is the largest market with 51.3 percent followed by the UK, Sweden and Korea. No figures exist for France yet.

The Brewers Association’s Export Development Program (BA EDP) helps educate and inform international markets about the quality and diversity of American craft brewers and assists in the industry’s effort to increase American craft beer distribution overseas. It was initiated in 2004 with funds from the United States Department of Agriculture Market Access Program. There are approximately 100 small and independent craft brewers exporting their beers from the U.S., according to BA EDP estimates.

About the Brewers Association

The Brewers Association (BA) is the not-for-profit trade association dedicated to small and independent American brewers, their beers and the community of brewing enthusiasts. The BA represents 4,000-plus U.S. breweries. The BA’s independent craft brewer seal is a widely adopted symbol that differentiates beers by small and independent craft brewers. The BA organizes events including the World Beer Cup℠, Great American Beer Festival®, Craft Brewers Conference & BrewExpo America®, SAVOR℠: An American Craft Beer & Food Experience, Homebrew Con, National Homebrew Competition and American Craft Beer Week®. The BA publishes The New Brewer® magazine, and Brewers Publications™ is the leading publisher of brewing literature in the U.S. Beer lovers are invited to learn more about the dynamic world of craft beer at CraftBeer.com and about homebrewing via the BA’s American Homebrewers Association and the free Brew Guru™ mobile app. Follow us on Facebook, Instagram and Twitter.